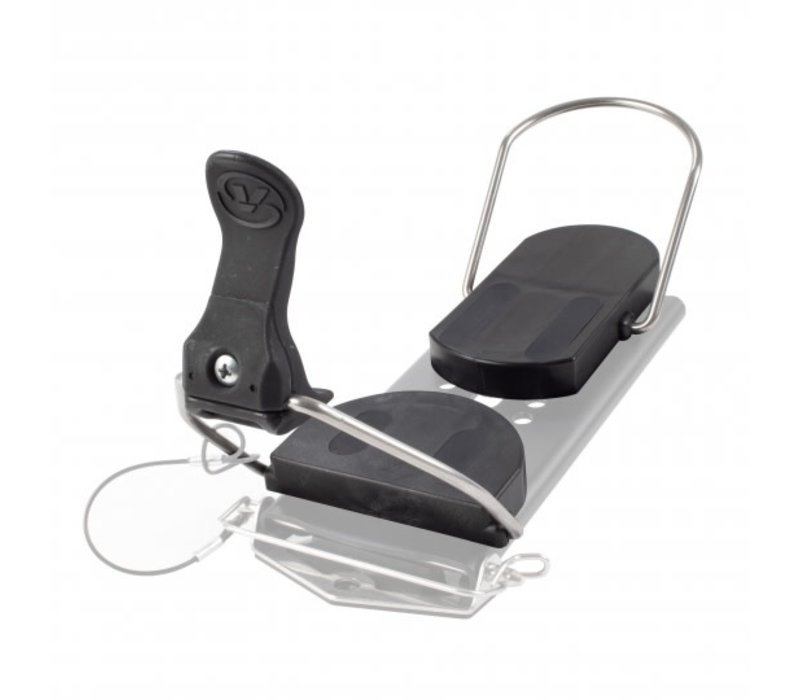 A certain steep, narrow, hard-to-access couloir has been tempting you for about half a decade. And your skins (even Voilé’s) won’t get you up to where you can drop in. Faced with the prospect of a precarious ascent in soft snowboard boots, you reluctantly pass on your starry-eyed line for another season.

Many backcountry riders have seen the movie, and some eventually delve into the world of hard boots to dissolve this dilemma and cut down even more on the weight they drag into the backcountry. For those that do, the Voilé MTN Plate Kit will be their best friend.

The kit is compatible with AT boots and most hard-shell climbing boots. When the toe and heel pieces are mounted to a Voilé Slider Track, ingress and egress to the binding is a cakewalk. And stainless steel hardware and ST-801 Super Tough Nylon definitely answer the Voilé mandate for “solid.”

DOES NOT INCLUDE Voilé Slider Tracks, Touring Bracket, or Slider Pins.