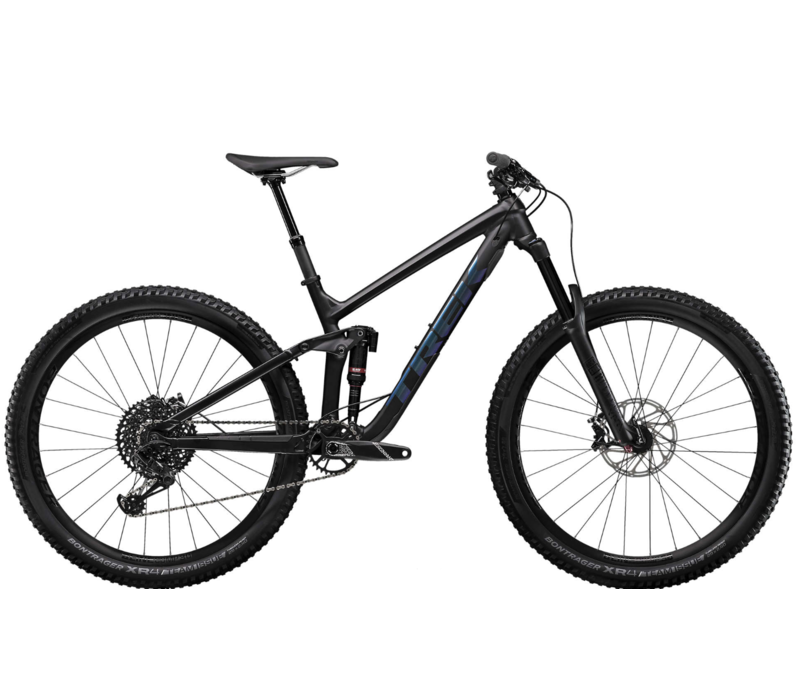 Slash 8 is an aluminum enduro mountain bike with fast-rolling 29er wheels, a 160mm RockShox fork, and Trek's exclusive RE:aktiv with Thru Shaft shock. Smart spec, high-end suspension, and the burly Alpha Aluminum frame make Slash 8 a high-value ride for enduro racers and all-around trail rippers who want a bike that can rail sketchy descents faster than anyone else in their crew.

Why you'll love it