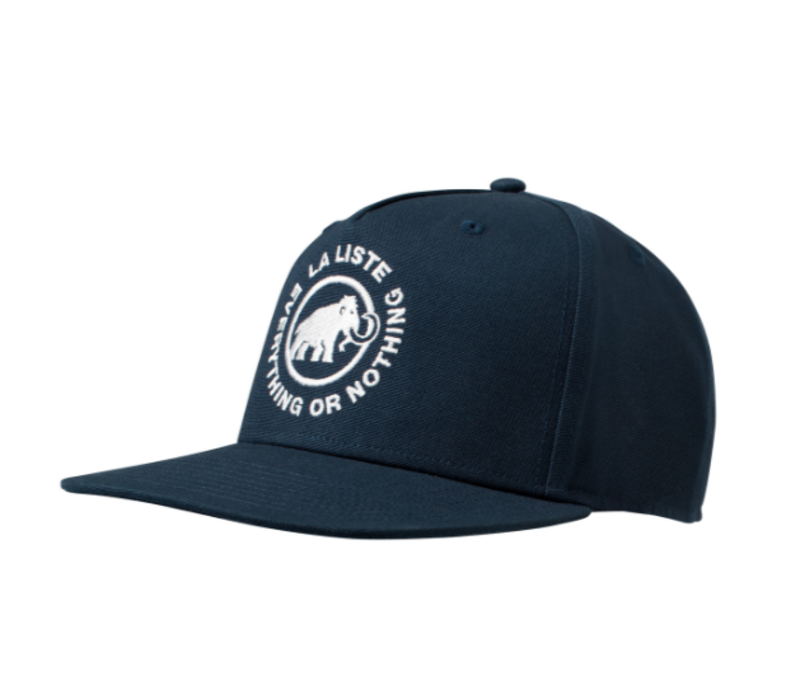 Look good and protect yourself from the sun in breaks from the snow. Made from 100% organic cotton, the cap feels pleasant to wear. It features large branding on the front in the design of the special collection inspired by the film by Jérémie Heitz. The film “La Liste – Everything or Nothing” documents the project conceived by MAMMUT Pro Team Athlete Jérémie Heitz, in which he skis the most spectacular 6,000 meter peaks in an unprecedented new style. This sequel to the sensational first film has once again been produced in partnership with MAMMUT.